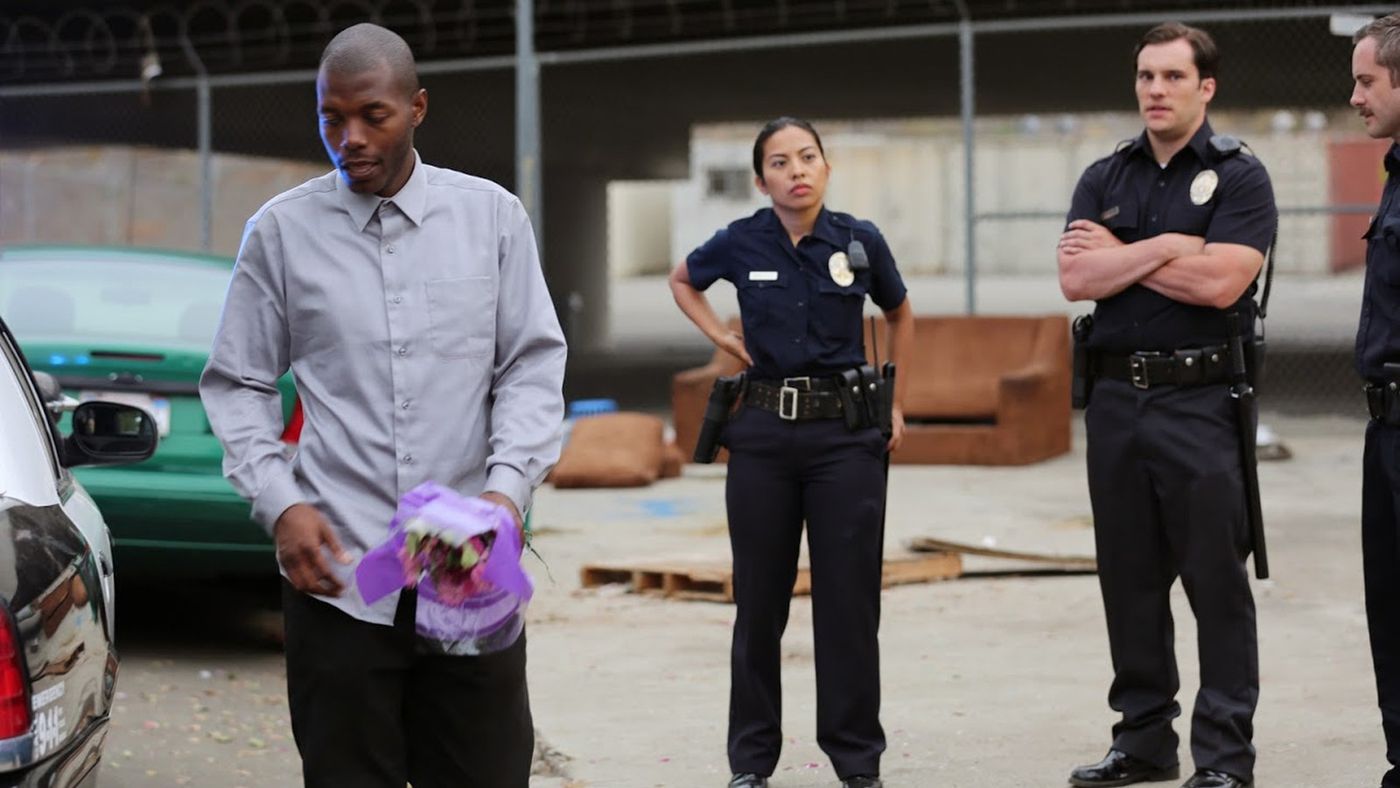 I was 17 on a trip to Connecticut with my parents for a college visit. We were in New Jersey early in the morning as the sun was rising and were about to get on the George Washington Bridge. I was wearing a black Nike hoody and my father demanded that I take my hood off. When I asked him “Why?”, he told me, “Don’t you know we could get pulled ovah fo’ a…whatsitcalled…D.W.B.?”

I asked what “D.W.B.” meant, never having heard of it prior. He told me it meant “Driving While Black”, but I was still confused. In my teenage brain, I failed to see the correlation between me having a hood over my head (which concealed my face as well) and a cop pulling us over because of that, especially since I wasn’t even the one driving. Point being, that was my introduction to a term that only began at defining a social perception that quickly became a reality. As painful as it is, it’s also something to laugh at. In the vein that Ice Cube’s Friday movies found the humor and slapstick absurdities of the hood and its elements, director Paul Sapiano’s Driving While Black finds the same in the Black community’s interaction with the police.

PLOT: Taking place in Los Angeles, the film revolves around an African-American young adult named Dmitri (played by Dominique Purdy). An aspiring artist who enjoys cannabis, he always seems to find himself in surreal comedic situations involving race. He lives at home with his mother, has a Hispanic girlfriend (played by Gloria Garayua), a White pot dealer, and works as a pizza delivery guy. He’s nagged by the women in his life to find a real steady job and stumbles upon one inadvertently when he was just searching for a Hollywood Tour Guide to kill time. His wisecracks land him an interview with an Indian-owned tour guide business, but getting to the interview is where the hilarity ensues.

A series of unfortunate events and several run-ins with a dysfunctional Los Angeles police department serve to highlight the perils and tribulations of the Black man on the west coast. Dmitri has many encounters with a racially-motivated police department and his trepidation around them isn’t without reason.

MY TAKE: The film reminds me of Paul Haggis’ 2004 film Crash, but only if it was an exaggerated comedy which focused on a single Black character and not on an ensemble multi-racial cast. Purdy wrote the film based on his own experiences and seems to pay homage to old school films dealing with race. Example: He drives around in a car that still has a cassette tape player and works in a pizza joint. Do The Right Thing (1989), anyone? When he’s out there delivering pizzas, his interactions with customers is genuinely funny: He won’t take an invite from a thirsty hot girl to come inside her home, but he will help a crotchety old White lady change her light bulb. There’s also a bit of self-awareness to the film. Purdy does look and sound somewhat like fellow comedian Dave Chappelle, and this is lampshaded during his tour guide scenes with one Asian tourist telling him, “You are very funny…like Eddie Murphy!”

Some of the scenes that serve as nostalgic doubly come off as satirical. When Dmitri and his girlfriend are looking on the internet, he brings up actor LeVar Burton, who’s a complete unknown to her, satirizing the cultural gap between Gen-Xers and millennials. There’s some focus on the police department as well and they’re not exactly politically correct, even in the presence of minority officers. One White cop (Peter Cilella) has a real anger issue towards minorities because some gang members jumped him when he was a rookie and painted his face black (the irony). He especially takes a dislike to an Asian female cop (played by Sheila Tejada) who performs better at the job. She has a Black husband, and there’s a scene involving all three of them that’s more true to life than humorous. Driving While Black humorously touches on true-to-life experience, while highlighting an inexorable reality:

American law enforcement (i.e. ‘the police’) overall have a rather unique relationship with people of color, especially if they’re Black. In the same way that the African-American population and its culture still suffer the residuals of slave treatment, that same treatment’s fear & loathing of the Black man permeates law enforcement. Because of the police and the impunity with which they violently act, it’s really no wonder why the lives of Black Americans are short and fearful, or long and fearful at worst. Personally, I’ve never been on the receiving end of a cop’s bullet or beating, but as a person of color, I have been stopped and frisked for no reason whatsoever. American Law enforcement is just one of many areas in our system that is so visibly governed by systematic White supremacy that even Stevie Wonder can see it. And to any Black person or POC who clings to the inexplicable notion that police are their friends even after undergoing obvious race-based mistreatment at their hands, you’ll be sitting in a room alone and dumbfounded like Carlton Banks in The Fresh Prince of Bel Air struggling to make rationalizations about the realities of racism.