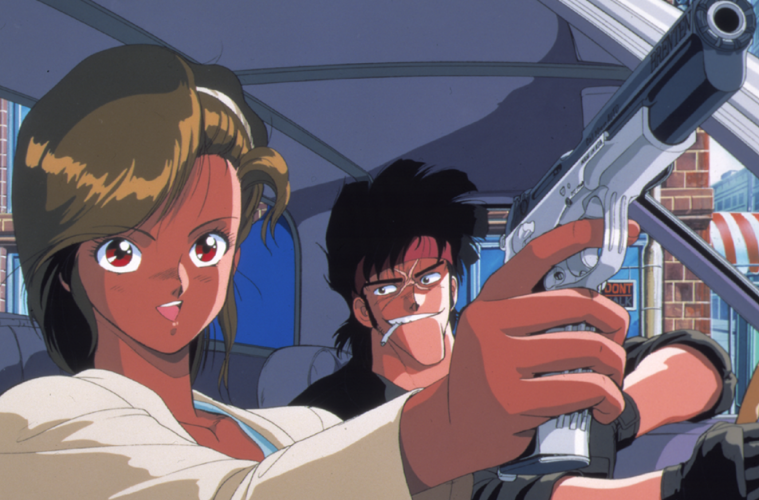 DOMINION TANK POLICE, APPLESEED, ROBOT CARNIVAL, RIDING BEAN, PROJECT A-KO, AKIRA…these titles represent what many consider to be the “golden age” of anime (okay, I may have injected some of my faves in there). That mid-80s to 1990s stretch where the world of Japanese animation broke through to The West with their painstakingly detailed, character animations and mesmerizing ultraviolence.

Paul “Otaking” Johnson remembers that age fondly, as well, and he wants to provide patrons with a visual feast for the eyes that belongs to the aesthetic of that period. You may remember, Paul from YouTube sensations such as “TIE Fighter” (below) and the equally mesmerizing “RETRO ARCADE ANIME: R-TYPE” (also below). Well, if you love any of the anime above then you might want to toss him a few bucks on Patreon while he takes you down memory lane…

I’m Paul Johnson, known by the nickname “OtaKing” around some parts, and I’m a 2D animator best known for a certain Star Wars fan animation.

A lot of people miss the late 80s/early 90s “golden age” of Japanese animation, and want to see ultra detail, shading and production values make a comeback. Sadly, those days seem to be long gone, and so I’m trying on my own to resurrect that glorious era.

I used to snatch a few spare hours between day jobs, taking four years to make each film. A pledge no matter what size will result in faster and higher quality films. Not only will animations be updated multiple times a month, this includes more fluidly animated scenes with full voice acting, pro-tier soundtracks and music mixing, ranging from retro arcade eye candy to fan animations and full-length original films. Plus a steady diet of ham sandwiches to keep me going, of course!

Supporters automatically receive a special thanks with their names featured in the credits. Tiers also include updates on work in progress animation clips, resource material used in special shots and all the PSDs for backgrounds, characters and mechanical designs. If you want a real piece of the action, you can also opt for a personally signed copy of each script, early VIP viewings of all animated material and a full HD 1080p copy with personal commentary by me. Do you want my voice narrating how this stuff goes from sketchy stick figures to fully-coloured characters with effects? You can have it if you so choose!

Plus the sweet satisfaction that I’ll buy you a drink at a convention if I see you.

While I’m hesitant to not overromanticize anything these days, you really can’t deny how uncanny, exciting, and out of control some of those initial anime imports were at the time. Personally, I’m okay with throwing $1 a month to just marvel at what Paul can do single-handedly.

You can support his Patreon HERE.