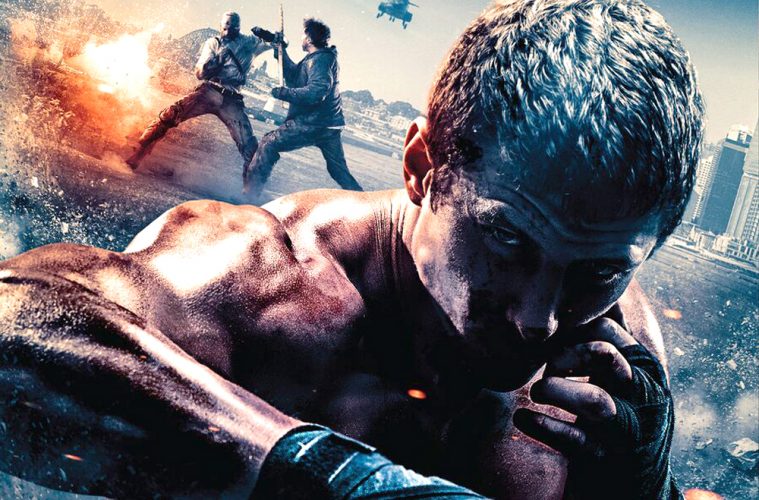 Can you survive, BLOOD, SWEAT and TERRORS? An anthological mixture of horror and action where the only guarantee is a brutal death.

In the order of their appearance, those films are:

1) Empire of Dirt – a man is haunted by demons to seek a vengeance he doesn’t want.

2) Awesome Runnaway – a desperate man flees from his captors, comedically killing all who attempt to stop him. 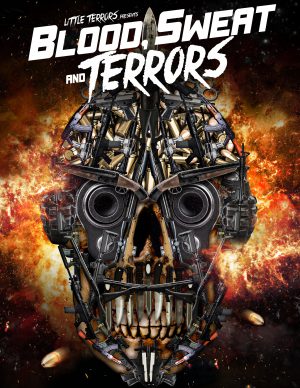 3) Jacob’s Wrath – a man is tormented by a decision he is compelled to make, but shouldn’t.

4) Flow – two women on the frontline of combat engage in a tongue-in-check discussion of a cyclical issue.

5) Express Delivery – sometimes the guy tied up in the trunk actually has the upper hand.

6) Turncoat – two criminals who aren’t what they seem break into a house looking for a stash.

7) Get Some – if zombies do destroy the world, of course, there’ll be reality tv shows about it.

8) Olga – a girl revisits a Russian mobster from her past to impart a bloody Christmas gift.

9) Fetch – an amusing PI investigates for the rich, while dealing with the sniffles, alimony, and a ridiculous amount of henchmen.

Like all film anthologies, it’s a bit of a mixed bag. While the overall theme of BST is the fight for survival, the short films vary wildly in tone, subject matter, and how the theme is applied.

At its best, BST manages to present familiar scenarios in unfamiliar ways (Jacob’s Wrath), while in a few cases exploring intriguing premises that could potentially be turned into great features (Get Some, Empire of Dirt).

At its worst, BST is sprinkled with filler tracks like an 80s rock album that simply tread over narrative ground that’s already beaten flat by any of the adult fare you can catch on paid programming or Netflix.

Overall though, the films are competently made and well written for the most part even when presenting familiar territory (Fetch, for example, is wildly entertaining).

With all of that being said, I give BLOOD, SWEAT, and TERRORS the official, Macho Meter Ranking of…. Fables of Fury.

Of course, personal preference depends on the viewer and with this much variety, you’ll really need to see BST yourself to accurately judge each entry.

However, my favorites are easily Empire of Dirt and Awesome Runnaway, the latter being both funny and experimental and having an unexpected twist.

Empire of Dirt is the most insane combination of supernatural horror and bloody yakuza I’ve seen this side of the Pacific, and reminds me of something made by Takashi Miike.

Directed by Adam Mason and written by Paul Sloan (Vigilante Diaries), if Empire of Dirt turns out to be the pitch for their next movie, count me in!